Tomar Sights and Things to See

Tomar is a charming Portuguese town that has an extensive history and numerous fascinating tourist attractions. The town was founded by the Knights Templar, a secretive but influential religious order, and this close connection has shrouded the region in legends and mystery.

As tourist destination, Tomar is a very pretty place, being built along the banks of the Nabão River and having a delightful old town with narrow cobbled streets and traditional painted houses. There is a lot to see and do in Tomar and this guide will detail the best attractions in the town. 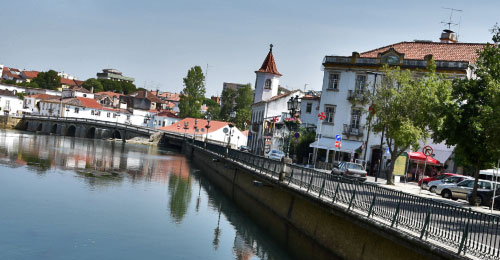 Getting started with Tomar

Tomar is a small and compact town, which can be easily explored on foot and there are sufficient attractions to fill a day of sightseeing.

Tomar can be visited as a day trip from Lisbon, Fatima or Coimbra but due to limited public transport, it is suggested to spend one night in the town. The remainder of this article will detail the most popular and important tourist attractions of Tomar.

The ancient Convento de Cristo is the main tourist attraction of Tomar and the fortified convent is regarded as one of the finest historical monuments of Portugal. The variety of styles and designs found throughout the vast convent reflects the varied history and purposes of the site. 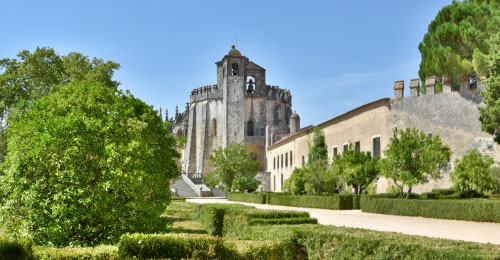 The inner courtyard of the Convento de Cristo

During the earliest period (1160) the Convento de Cristo was a defensive structure on the frontier between the Christians to the north and the Moors to the south. The defensive elements include the medieval walls, battlements and towers; these fortifications aided the town to survive a siege by the North African Moors in 1190. 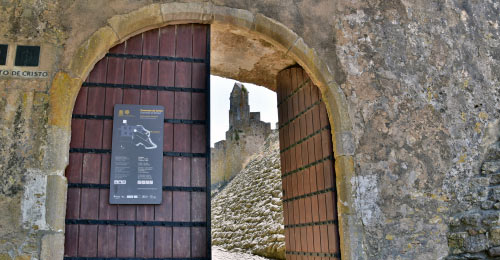 The castle walls that surround the Convento de Cristo

The knights Templar during this initial period used the Convento de Cristo as their religious centre and were in favour with the Portuguese nobility. The unique circular church, the Charola, is at the centre of the convent and was inspired by the great churches in Jerusalem. 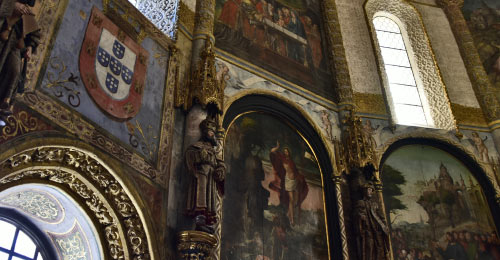 The beautiful interior of the Charola

The Knights Templar were abolished by the Pope but the order reminded popular with the Portuguese nobility, who in 1418 founded the Order of Christ lead by Prince Henry the Navigator. The highlight of any visit to the convent is the beautiful interior of the Charola and the wonderful religious paintings date from 1500.

This period saw the third stage of construction on the convent and included the cloisters and expansion of the church. Typical visits to the Convento de Cristo are 1-1.5h and the entrance fee is €6.00.

The old town of Tomar is a delightful place to simply wander around. The pretty, narrow cobbled streets provide a mixture of small houses, family-owned shops and traditional restaurants and cafes. 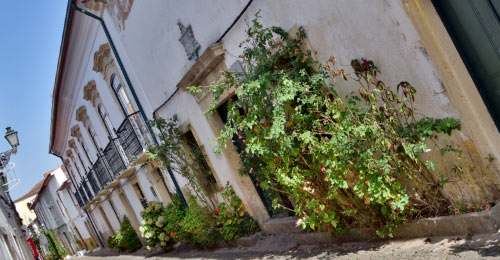 The traditional streets of Tomar

The most unique tourist attraction of Tomar is the Museu dos Fósforos, a museum purely devoted to the relatively mundane item of matchstick boxes. This extensive collection of 40,000 matchstick boxes is anything but dull, with beautiful artwork and designs that both depict national trends and the progression through the generations. The museum is free to enter, absolutely fascinating and highly recommended. 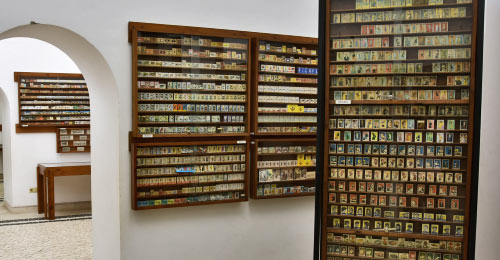 The huge collection of match boxes in the Museu Dos Fosforos

The pretty Parque do Mouchão is situated on the banks of the Nabão River and overlooks the weir and town. The tree-lined park is an ideal place to take a rest during the day of sightseeing and is popular with Portuguese families. 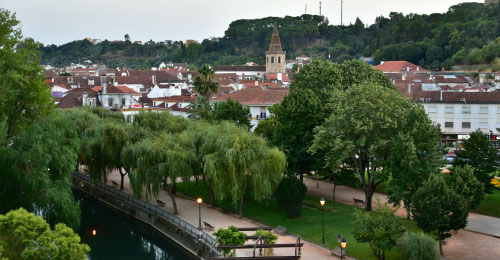 The Parque do Mouchão follows the banks of the river

The Igreja de Santa Maria do Olival was constructed as the pantheon for the leaders of the Knights Templar and the founder of Tomar, Gualdim Pais, is buried here. The church was remodelled during the 13th century and is one of the best examples of early gothic architecture, with a beautiful rose window and freestanding bell tower.

The Praça da República is the main square of Tomar and is flanked some of the most important buildings of the town. At one end is the town hall, while at the other is the Igreja de São João Baptista at the centre of the square is a statue of Gualdim Pais the founder of Tomar. 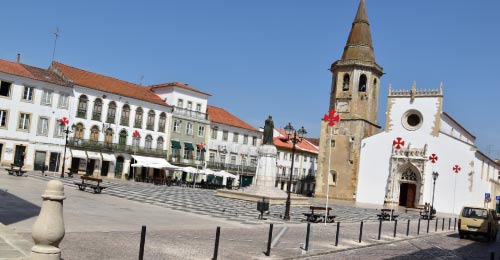 The pretty Praça da República is the heart of Tomar

Cascais Introduction
Things to See and Do
1 Week In Cascais

The best guide to Tomar